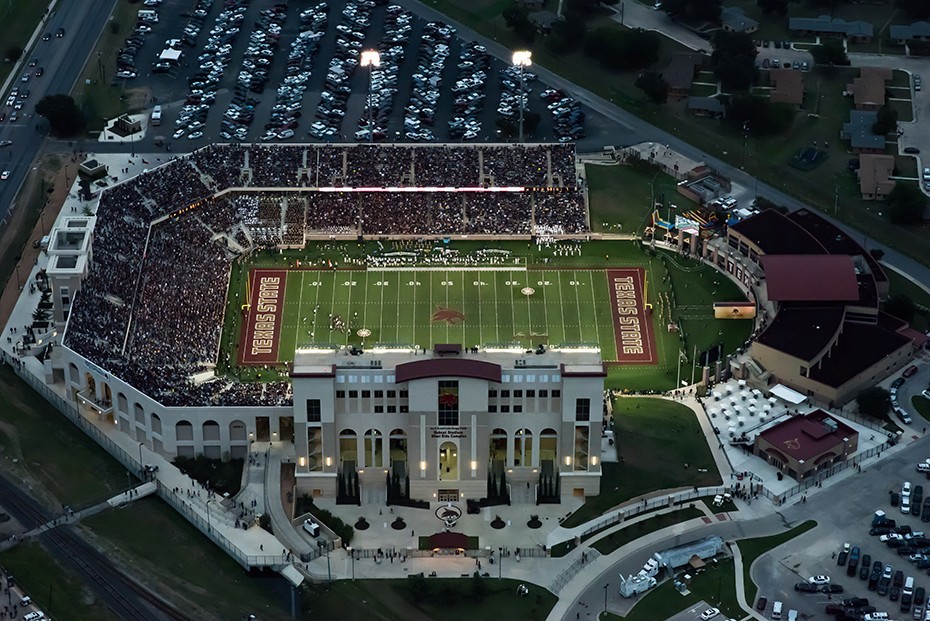 The Bobcats finished the season with a mere two wins BUT it’s worth noting that there were several CLOSE SHAVES along the way. They lost to SMU by 7, fell to UTSA in 2-OT, and fell to Boston College and Georgia Southern by a combined five points. If IFS AND BUTS were CANDY and NUTS, we’d all have a MERRY CHRISTMAS…..we get that…..but at least that shows these guys aren’t far off from being competitive. On to 2021.

The Bobcats got decent QB play out of Brady McBride and Tyler Vitt LY (combined 61%, 25-12 TD to INT) and both men are back for duty. Also note that they added a transfer from NC State (Ty Evans) to add depth. The Bobcats made fine strides in their rushing output per game LY (77 to 131) but still finished #6 in the Sun Belt (#96 FBS). We like the quality and depth at RB and expect even better things this year. Their top-3 RBs all return and note that they combined for well over 1,300Y and 13 rushing TDs in 2020 (Sturges, Hill, Jeter). They lose two of their top-3 WRs but Marcell Barbee had 10 (!) TD grabs and Javen Banks averaged 18.7 YPC. Four starters return up front but they need to replace their fine center Reece Jordan. LT Dalton Cooper is a good one. Texas St has an excellent shot at hitting 30 PPG for the first time since 2014.

The stop unit was a major disappointment LY as they couldn’t stop the run (225 YPG, #9 Sun Belt),  had trouble defending the THROW GAME (#8 pass eff D, 26-7 TD to INT), and couldn’t get pressure on the QB (one sack/game; last SB). Things can only get better, AMIRITE? Nine starters return on this side of the ball including five of their six leading tacklers. We expect improvement up front with the return of their excellent DL Nico Ezidore (#3 tackles, #1 TFL with 13) and the addition of some interesting transfers. The LB group is a concern but they should be better on the back end with the return of every starter including CB Jarron Morris who led the team in tackles (!), PBU (11) and INTs (4) (!) and the addition of CB Eric Sutton from SMU, as well as safety Troy Lefeged from Utah St (100+ tackles, 2 sacks in 2019).

They look set in the kicking game with the return of P Seamus O’Kelly (38.5 net) and PK Seth Keller who was 8-9 on FGA and only missed one XP. They need to reload at KR and PR.

Overall – They should get off to a good start before FUN BELT games begin and could realistically start the year at 3-1. They draw Coastal Carolina from the East but miss Appalachian St. Their final two games are on the road.

This could be a lookahead spot to conference play and the Eagles will be able to SCORE THE FOOTBALL on pretty much anyone.

Texas St has a legit shot to get to six wins.

Texas St has yet to make a bowl game and haven’t won more than three games since 2014 when they went 7-5.

If handicapping TALES and LORE are to be believed, teams often show a lot of improvement in year three of a new regime. The defense is still a bit sketchy but we expect a nice move forward in the win column in year three of the JAKE SPAVITAL EXPERIMENT. They’ll be able to score on anyone in the conference and just need to win a few close games. Dare we say, “Bowl Game” ?