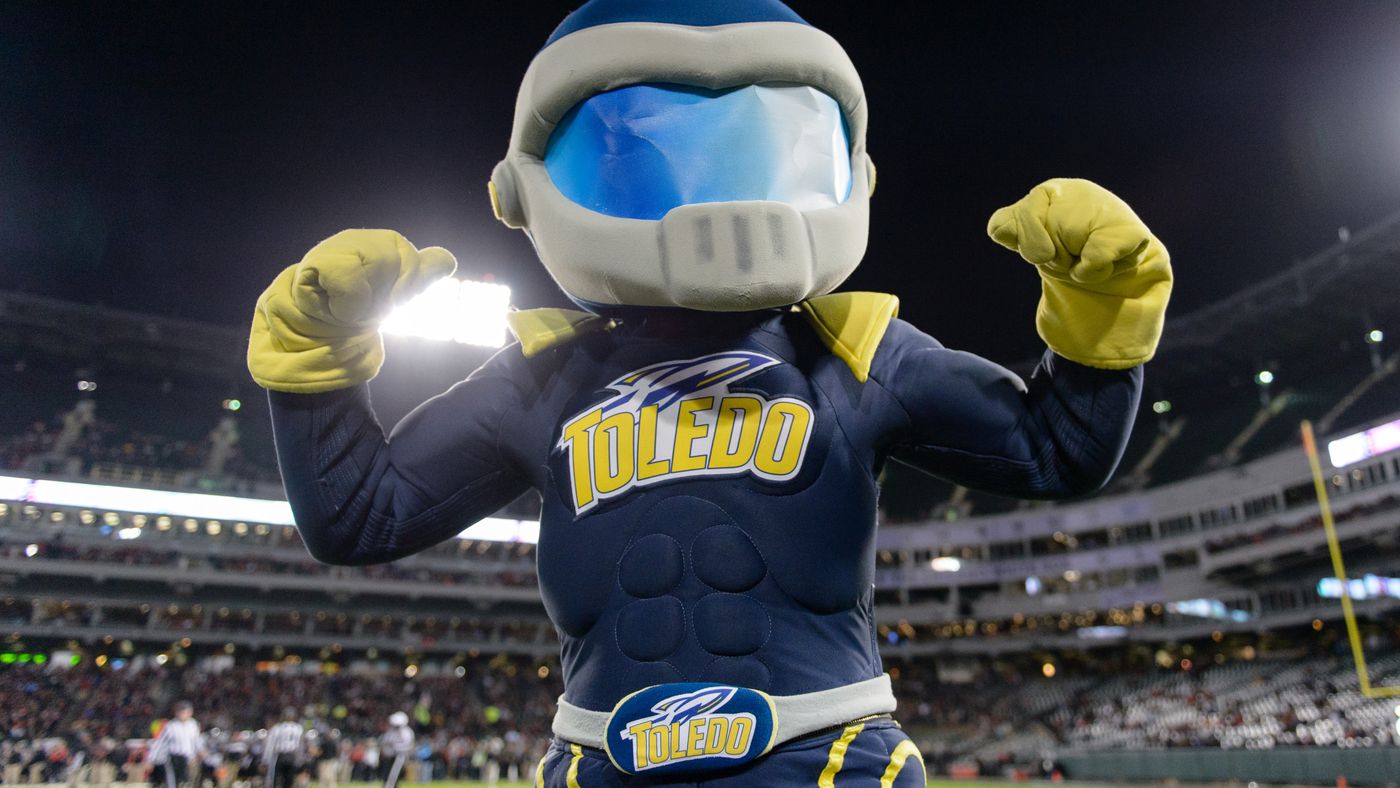 The Rockets were a total of six points away from a 6-0 record as they dropped a pair of close ones to Western Michigan and Ball St. The loss to the Broncos was particularly painful as they held a 10-point lead with two minutes left. Then, it was time for the MACtion GREMLINS to take over and cause all hell to break loose. On to 2021, yo!

Toledo had a devastating THROW GAME LY and averaged a spicy 326 YPG (#1 MAC, #9 FBS). QB Eli Peters is gone and it’s up to Carter Bradley to keep things rolling (62%, 9-5 TD to INT LY). Bradley has just 105 career pass attempts but he looked good LY and note he lit up Northern Illinois for 432 yards. The WR unit is very deep and they return their top-six pass catchers. #1 WR Isaiah Winstead had 429Y in 6G and WR Bryce Mitchell averaged 23.5 YPC. Adding Georgia (!) transfer WR Matt Landers can’t hurt (25G with Bulldogs). RB Bryant Koback has a great shot at booking a 1,000-yard campaign and they have a pair of highly regarded youngsters in Lamy Constant and Trenton Adkins. Star C Bryce Harris is back to lead a talented and experienced offensive line. One bone to pick will be the fact that Toledo allowed the most TFL/game in the MAC LY.

Toledo played good defense during the TRUNCATED plandemic season and only allowed one team to score more than 30 points (Western Michigan). They were rock solid vs the run (#2 MAC, #25 FBS) and #4 in pass efficiency D. Almost the entire (!) defense is back for duty and there’s no reason to think that this won’t be another serious MAC stop unit. The DL features a pair of all-MAC selections in DE Jamal Hines (6.5 career sacks, 22 TFL) and Desjuan Johnson who led the Rockets with 8 TFL LY. It won’t hurt to add Penn St (!) transfer DL Judge Culpepper to the festivities. The back seven should be really good and it features LB Dyontae Johnson (#1 tackles, 4.5 TFL) and a good-looking group of safeties. The Rockets were DEVASTATING defending 3rd downs a season ago (27.4%, #3 FBS) and only need to ramp up the pass rush a bit (12 sacks LY) to have a special year. This appears to be the best defense in the MAC on paper.

Toledo had one of the worst special teams units in the MAC and need to improve. They were #115 in net punting LY but note that P Bailey Flint was much better in 2019 (Toledo #55 FBS net punting). Their return units were abysmal a season ago (#103 PR, #123 KR). Both PKs return for battle (combined 7-10 FG LY).

Overall – The non-conference slate looks REALLY good other than the trip to Notre Dame. Then again, they just might be good enough to put a scare into a reloading Irish squad. They get a great draw out of the East (Akron AND Bowling Green) but have to face two of the three other MAC West big boys on the road (Ball St, Central Michigan).

This game comes after the trip to South Bend and before a yuuuuge road game at Ball St. Bit of a spooky spot to back the Rockets vs the spread.

Six MAC wins should make them hit the ‘over’. We believe this is the most talented team in the conference.

The Rockets look poised for a serious run for the MAC Championship. They’ll be able to SCORE THE FOOTBALL and have the best defense in the conference. The kicking game might be a bit sketchy, but you can’t have everything. They take on Ball St, Central Michigan, and Western Michigan before October 23rd, so GET YOUR GAME FACES ON, Rockets fans! Our pick to click in the MAC.