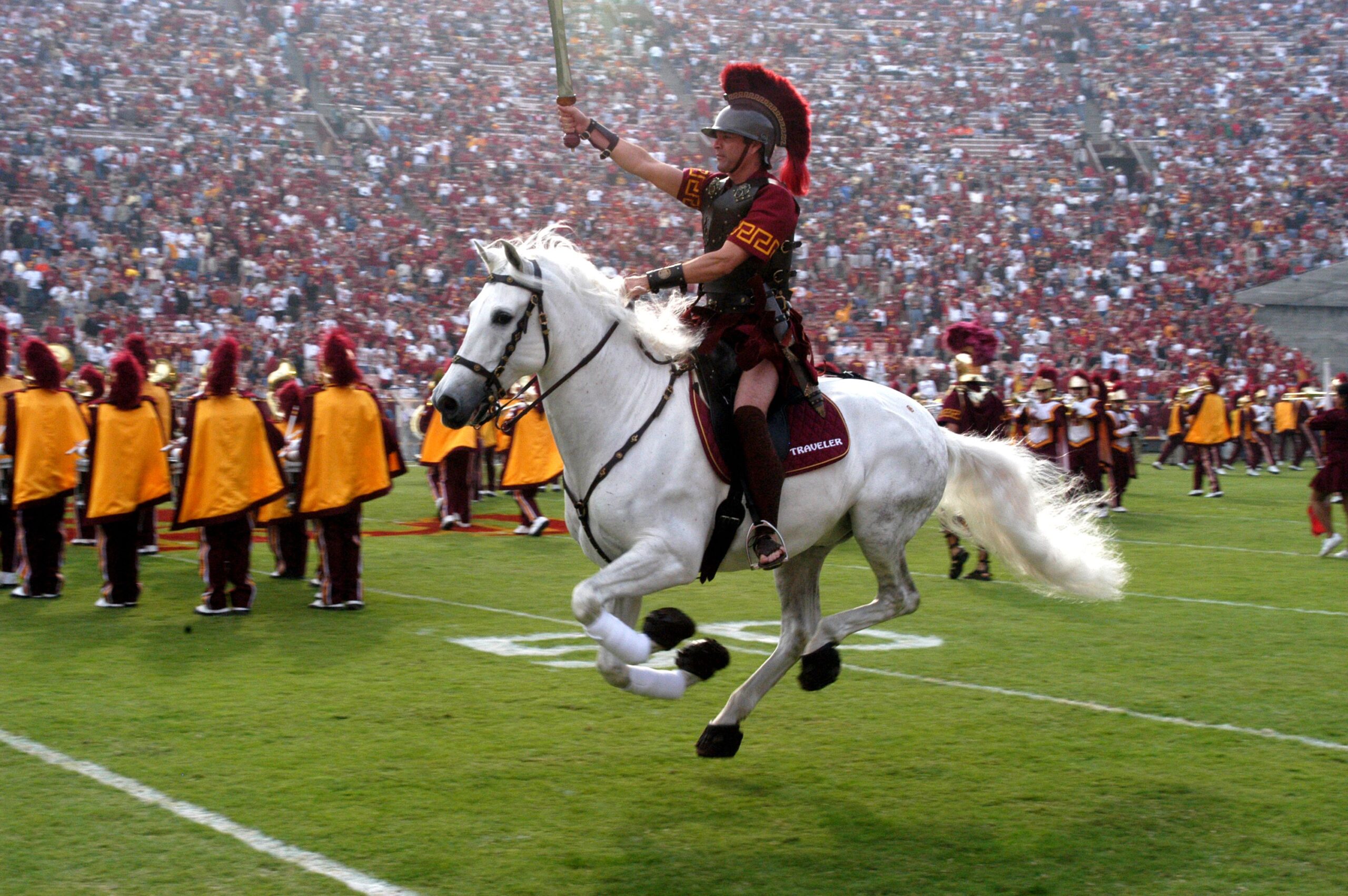 The Trojans pulled out a couple of SQUEAKERS to start the season when they took down two teams from the GREAT STATE OF ARIZONA by a combined 5 points. They finished the “regular season” at 5-0 and defeated Utah and UCLA on their way to the conference title game. The Ducks SHOCKED THE WORLD with a 31-24 victory and USC has to have a bitter taste in their collective mouths heading into 2021.

QB Kedon Slovis can be frustrating to watch at times but he’s thrown 47 TD passes in essentially a season and a half. Slovis loses a pair of key weapons at WR in Amon-Ra St Brown and Tyler Vaughns but Drake London is on the verge of stardom (33-502, 15.2, 3 TD LY) and WR Bru McCoy has lots of upside. They also add a of intriguing transfers at WR and TE. USC is a pass-first offense but they’d like to get more out of the rushing attack. #1 RB Vavae Malepeai returns and they get a yuuuuge addition from Texas in RB Keontay Ingram who got a lot of action for the Longhorns. Four starters return up front but recall that they allowed 15 sacks in the truncated plandemic season (#10 PAC 12 sacks allowed per game), and they lose their excellent LT Alijah Vera-Tucker who was taken in the 1st round of the NFL draft (J-E-T-S JETS JETS JETS).

USC has been average on defense for a number of years and they’ll need to make some improvements on this side of the football if they wanna get back to national prominence. They’re solid up front with decent size and the ability get after the QB. DE Nick Figueroa led the team in sacks and TFL LY and note they add SUPER SPECIMEN Korey Foreman (DE) into the mix. LB/DE Drake Jackson is a sure-fire top-10 2022 NFL draft pick. LBs Kana’i Mauga and Ralen Goforth were both in the top-four in tackles LY and CB Chris Steele is a good piece to build around in the secondary. If there’s a soft spot on D it’s probably the back end given the departure of star safety and PAC 12 DPOY Talanoa Hufanga (NFL).

Overall – Things work out really well as they miss both Oregon and Washington from the North. They’re likely to be sitting at 4-0 in conference play (5-0 overall) when they battle Utah on October 9th. GET CHO POPCONE!

PAC 12 play is on deck (Stanford) and the Trojans are just 11-23 ATS L10Y in non-conference play. Not an ideal spot to gargle on some giant home chalk.

They are legit and the schedule helps quite a bit.

HC Clay Helton has an impressive 26-5 SU record at home.

Things set up really well for the Trojans. The offense will SCORE the FOOTBALL and the defense is one of the best in the PAC 12 on paper. The icing on the cake appears to be the CHARMIN SOFT schedule that has them avoiding the big boys from the PAC 12 North. We’ll call for a return to the PAC 12 Championship Game. Fight On!