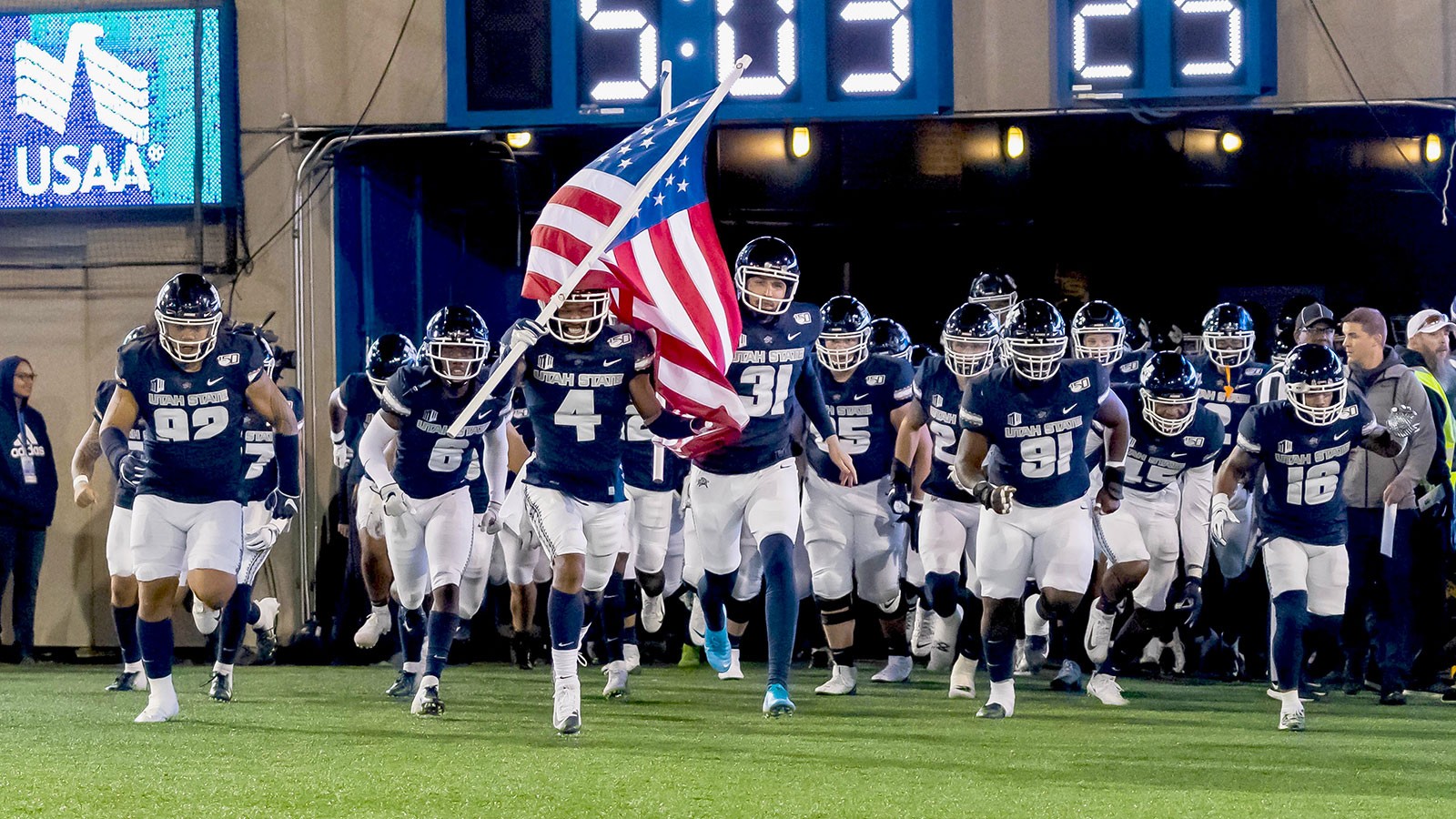 Now THAT was a hot mess.

The Aggies bumbled and stumbled their way to a mark of 1-5 and were outscored by a margin of 211-93. They were blown to bits in all five losses but did manage to show up vs New Mexico (W 41-27). Former HC Gary Anderson was let go during the season and it’ll be up to Blake Anderson ** to try and right the ship in Logan.

** per Communist “genetics” sites like 23andMe and AmIAnIdiotThatBelievesLockdownsWork.com, there is no relationship between the two Anderson doods

The offense was garbage LY and they only managed a measly 15.5 PPG (#124 FBS) and 276 YPG (#123). We expect better things this year and it all starts at QB where Blake Anderson brought in gunslinger Logan Bonner from Arkansas St. Bonner threw for over 3,000 yards with a fine 30-9 TD to INT mark in shared duty with the Red Wolves. The mobile Andrew Peasley sticks around to be the likely back-up. The WR group returns the top-six from LY and get a few interesting additions including Brandon Bowling (Ark St, 507, 7 TD LY). There’s not a ton of size in the group but they have plenty of speed and should be productive. It’s unclear if they have a true #1 RB on the roster but there are a few interesting options available. Four starters return up front and they add a few guys via the transfer portal. Look for significant improvement, but long stretches of inconsistency.

Utah St was dead last in the conference LY in total D (485 YPG, yup, worse than UNLV) and they hope to make improvement on this side of the ball as well. They return a lot of experience (T9 tacklers, 10 starters) so it’s not impossible to think they’ll be quite a bit better. There are some decent pieces to build around including LB AJ Vongphachanh who led the team in tackles LY and transfer LB/DE Justin Rice who is a deadly HIRED GUN (7 sacks LY Ark St; 3 Fresno St; 200+ career tackles). DE Nick Heninger is a good pass rusher (3 sk, T1 LY) and they add a small handful of P5 transfers up front. The back end of the stop unit is a concern as they were roasted through the air LY (#11 MW pass eff D, 14-2 TD to INT, 68%). They’ll rely on guys from the transfer portal to drive improvement. Sound familiar?

Overall – They should be able to pick up a couple of wins out-of-conference (New Mexico St, North Dakota) and they miss San Diego St from the West. They have a nasty three-game stretch early on (at Air Force, Boise St, BYU). Three of their final four games are ON THE HIGHWAY.

Keep an eye on this spot if they’re gonna be HOME FOR THE HOLIDAYS. This game pops up after a MEAT GRINDER with Wyoming and not sure they’ll show up if they game turns out to be meaningless for them.

There are four or five very winnable games and this squad is capable of pulling an upset along the way.

The Aggies made a sharp hire at HC in Blake Anderson who had a good run at Arkansas St leading them to six bowl appearances in seven seasons at the helm. They’ll benefit from improved QB play and have added a lot of talent via the transfer portal on defense. This looks like a much improved team that is more than capable of SHOCKING the WORLD at least once in 2021.