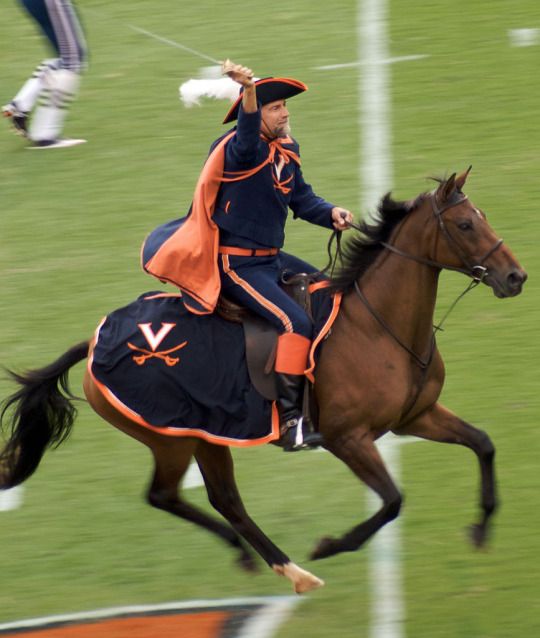 The Cavaliers booked their first winning season since 2011 and came REALLY close to having a special year. They were in good shape to win the division until losing to Pitt at home as TD favorites. They lost a pair of ACC heartbreakers in OT to finish the regular season and that was that. They showed up in the Belk Bowl and smashed the Gamecocks by a score of 28-CACK.

Bronco Mendenhall is getting things done. Virginia has gone from two wins to eight in relatively short order. Let’s see if they are capable of making the next step.

The Cavaliers have been GRUESOME on offense for a long time BUT last year they managed to score a healthy 28.5 PPG which was their highest mark since 2005 (26.5) (!!). QB Bryce Perkins has video-game quickness and is a MEGALOCKS favorite who threw for 2,680 yards and 25 TDs whilst picking up 923 yards on the ground (9 TDs) in his spare time. We rate him as the best QB in the ACC that doesn’t play for Clemson. When Perkins decides to MATRICULATE the ball down the field in the passing game he will have to do so without the Cavs #2 all-time WR Olamide Zaccheaus who caught 93 (!) balls a season ago. There is some promising talent in the WR group but you don’t get better losing a player like Zaccheaus. The RB unit also takes a massive hit with the loss of the reliable Jordan Ellis who booked a 1,000-yard rushing campaign in 2018. The talent remaining at RB is a bit of a mystery. The offensive line should be good as they bring back three starters and have nice size. We would like to see them clean up the pass protection as they have allowed 30+ sacks in each of the past three years. How do you sack Perkins even ONCE let alone 32 times?

We project a similar level of production as the prior year (28.5 PPG) and would be surprised if they exceed 30 PPG given the lost production at WR and RB.

The Cavaliers have made BIG strides on defense for two consecutive seasons. Last year they finished #3 in the ACC in total defense (331 YPG) and #3 in the conference in scoring defense (20.1 PPG). Eight starters return to the stop unit and they will be a force once again. The DL returns all three starters to the mix and there is size across the board and on the depth chart. The LB group is one of the best in the ACC that features emerging star Charles Snowden at OLB and THE HITS KEEP COMING in the secondary with elite CB Bryce Hall. All Hall did a season ago was lead the FBS in passes defended with 21. Virginia has allowed just 52.5% and 53.4% completions over the past two seasons and should be nasty vs the pass once again.

Virginia should finish with similar results from a scoring perspective this year (20.1 PPG LY).

Overall – The docket is pretty favorable. They have to face Miami and Notre Dame on the road but they get the Hokies at home and have a small handful of ‘automatic’ wins.

This will be the Cavaliers’ third road game in four weeks and be advised that Virginia has lost the last eight times on the 2nd of back-to-back road games. Not saying, just saying.

LEANAGE to the ‘over’. They have a legit shot to take down the division.

The game between Virginia and North Carolina is called the South’s Oldest Rivalry. It’s the second-most played rivalry in the FBS after Wisconsin vs Minnesota (Paul Bunyan’s Axe, yo).

Virginia’s last ACC title came back in 1995 under the tutelage of HC George Welsh.

There’s no reason to think that these guys can’t make a serious run at the Coastal Division title. They CHECK THE BOXES when it comes to QB, defense and coaching. The primary concern is finding a few legit playmakers at RB and WR. At some point you just have to score points (PRO TIP). Oh ya, and they need to start winning some games on the road. They are just 4-13 (!) SU in true road affairs during the Mendenhall regime.

Virginia has been a .500 ATS proposition for a long time and we look at it that way once again. Pick your spots when crafting your weekly wagering cards.