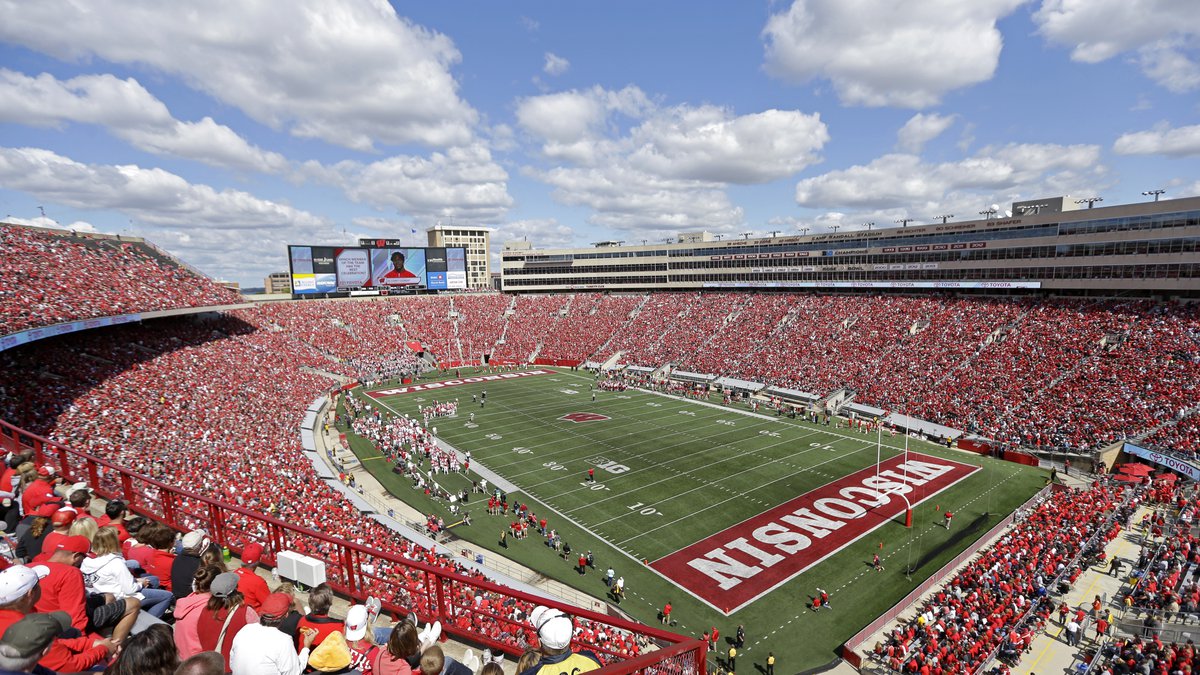 That wasn’t exactly what we expected from the Badgers, but let’s be honest, they generally put the “E” in EXCELLENT, so we’ll give them a pass for the mediocre 4-3 record. They looked like a legit WRECKING BALL after crushing Michigan (W 49-11) but proceeded to lose their next three (!) games. They took down hated Minnesota in the regular season finale and crushed Wake Forest in the MAYO BOWL to book another winning season.

The Badgers had a tough time getting things going on the ground LY and averaged less than 200 YPG for the first time since 2015 (!). #1 RB Jalen Berger is back for duty and we have to believe he’s ready to become the next great Badgers RB based on what we’ve seen in limited game action. Maybe it’ll be a committee? Time will tell. QB Graham Mertz looks like a keeper but he hit the skids after a hot start LY (61%, 9-5 TD to INT). TE Jake Ferguson is a fantastic target in the THROW GAME but it’s unclear what they have at WR. Danny Davis will be back (hopefully) to lead the way for some unproven youngsters. The OL is almost always elite but they’ll have to deal with the loss of an NFL DC at LT. We expect improved numbers but it’s certainly not an 8000 STAR COVID GULAG MASSACRE LOCK.

Wisconsin has only allowed 17.5+ PPG once since 2014 (!). That’s a FACT CHECK TRUE. They were rock solid again in 2020 whilst allowing 96 YPG on the ground (#1 Big Ten) and being very stingy vs the pass (#3 Big Ten pass efficiency D). There’s no reason to expect anything less than excellent this year given the return of eight starters and their top-four tacklers. They’ve got good size up front but no proven pass rush ability and recall that the Badgers booked a meager 11 sacks LY (#10 Big Ten sacks per game). Everyone is back at LB and they’re led by Jack Sanborn (#1 tackles) who’s one of the best at his position in the Big Ten. The pass defense has a long history of excellence and three starters return to the back end of the stop unit.

Overall – Their non-conference docket features an interesting match-up with Notre Dame and it’s never easy to take on Army. They miss Ohio St and Michigan from the East and get two of their final three games at home. Things get HOT AND HEAVY early as they face Penn St in the season opener.

This comes after a pair of high-intensity games (Irish, Michigan) and note that Illinois managed to SHOCK the WORLD with an upset home win over Wisconsin a few years ago.

Gun to the head (just kidding soy boys, check your bottom surgery bandages and get extra hormone blockers stat) selection would be under. 10 wins feels like the max.

Per the anti-American scum at Wikipedia, the team nickname originates from the early history of Wisconsin. Prospectors didn’t have shelter in the winter and had to live like “badgers” burrowed into the hillsides.

Strap it on. It looks like another tough Badgers squad that’s the main contender for the Big Ten West division title. They’re not bullet-proof on paper but the schedule is helpful and, frankly, they just win BABY. Clear favorite in their half of the Big Ten on an annual basis until proven otherwise.